The Thelemic Holy Season begins the night before the Vernal or Spring Equinox (what is referred to by Thelemites as "The Equinox of the Gods" and the "Supreme Ritual") and continues for 22 days, culminating in the Three Days of the Writing of the Book of the Law on April 8, 9 and 10 of each year.

Each of the twenty-two days of the Thelemic Holy Season is attributed by many Thelemites to one of the 22 letters of the Hebrew alphabet. Frequently aspirants, on each of these days, prominently display the corresponding Tarot Trump, and conduct such other meditation, ritual, or other recognition of the principle as they may see fit. In the list below are also given recommended readings from the sacred writings for each day of the Holy Season.

On the night before the Vernal Equinox, closing the old year (usually March 19), it is recommended that the aspirant read The Prologue of the Unborn from Liber VII and meditate on the release of the concluding cycle.

On March 20, the Invocation of Horus (The Supreme Ritual) may be performed to celebrate the anniversary of the Equinox of the Gods. The following readings (most, but not all, of which are from "Holy Books of Thelema") are then recommended for each of the 22 days. 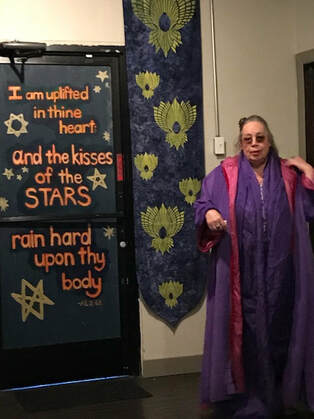 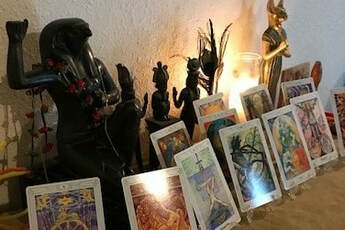 In addition to the 22 days of the Holy Season, the following holidays are celebrated throughout the year.

August 12 ~ The First Night of the Prophet and His Bride
​Birth (Feast for Life), Coming of Age (Feast for Fire/Water) and Death (Greater Feast)
Equinoxes and Solstices
​Cross-Quarter Celebrations
Below are a few of our Holy Season readings. Check out our YouTube Channel to watch them all!
I am the Heart; and the Snake is entwined
About the invisible core of the mind.
Rise, O my snake! It is now is the hour
Of the hooded and holy ineffable flower.
Rise, O my snake, into brilliance of bloom
On the corpse of Osiris afloat in the tomb!
O heart of my mother, my sister, mine own,
Thou art given to Nile, to the terror Typhon!
Ah me! but the glory of ravening storm
Enswathes thee and wraps thee in frenzy of form.
Be still, O my soul! that the spell may dissolve
As the wands are upraised, and the aeons revolve.
Behold! in my beauty how joyous Thou art,
O Snake that caresses the crown of mine heart!
Behold! we are one, and the tempest of years
Goes down to the dusk, and the Beetle appears.
O Beetle! the drone of Thy dolorous note
Be ever the trance of this tremulous throat!
I await the awaking! The summons on high
From the Lord Adonai, from the Lord Adonai!
~ Liber Cordis Cincti Serpente I:1 ~