Who was Aleister Crowley?

Fear not, o prophet, when these words are said, thou shalt not be sorry.
Thou art emphatically my chosen; and blessed are the eyes that thou shalt look upon with gladness.
​But I will hide thee in a mask of sorrow: they that see thee shall fear thou art fallen: but I lift thee up.
~ Liber AL II:53 ~ 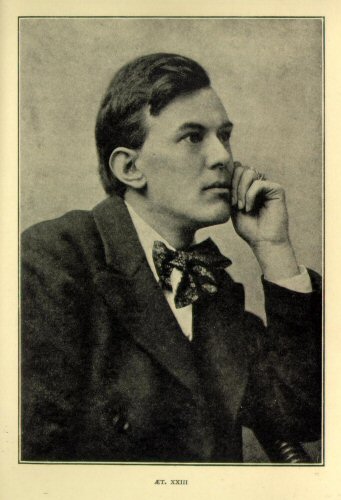 ​Edward Alexander Crowley was born in Leamington Spa in 1875. He was educated at Malvern and Trinity College, Cambridge, where he changed his name to Aleister. He was a lyric and dramatic poet, with several dozen books to his credit, including a collaboration with Auguste Rodin. He is anthologized in The Oxford Book of English Mystical Verse.

Crowley was natural polymath, and made a name for himself as a poet, novelist, journalist, mountaineer, explorer, chess player, graphic designer, drug experimenter, prankster, lover of women, beloved of men, yogi, magician, prophet, early freedom fighter, human rights activist, philosopher, and artist. He has been compared to Sir Richard Burton, and Crowley is probably best known today as the author of the twentieth century’s most influential textbooks on occultism, and as the first Englishman to found a religion—Thelema—which is today a recognized faith around the world.

Crowley was the enfant terrible of the Edwardian avant-garde of London and Paris. Witty and flamboyant, and an early champion of the aesthetic and inspirational virtues of drugs, sex, music and dance, he gravitated to the cultural exile communities: New York during WWI, the Lost Generation of Paris in the 1920s, and the decadent Berlin of Christopher Isherwood’s Mr. Norris in the 1930s. To those who crossed his path Crowley was unforgettable. He figures in innumerable memoirs, and became the basis for fictional characters ranging from Somerset Maugham’s The Magician to the villain in Ian Fleming’s Casino Royale. 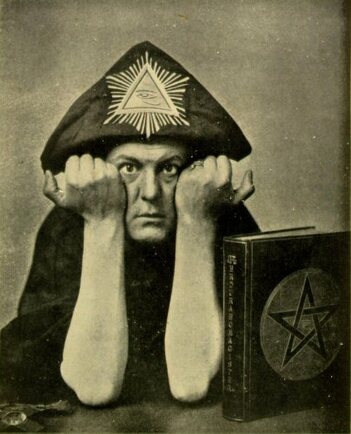 To Mega Therion - The Great Beast 666
In 1919 Crowley left New York for Cefalu, Sicily, where he began to paint landscapes. He transformed his rented villa by painting erotic wall murals after the example of Paul Gauguin—one of Crowley’s heroes, whom he made a saint in his Gnostic Catholic Church. This was his Abbey of Thelema, an experiment in spiritual monasticism inspired in part by Rabelais. Students practiced Crowley’s religious philosophy of Thelema (the Greek word for “will”). Crowley summarized this as “Do what thou wilt shall be the whole of the Law,” with its corollary “Love is the law, love under will”—both quotations from The Book of the Law. This book is the founding text of his religion of Thelema, and was dictated to Crowley in Egypt in 1904 by what he described as a “praeterhuman intelligence.”

​Students travelled to Sicily from around the world to “find their true wills” or their purpose in life. Crowley’s training regimen involved breaking down all artificial and societal inhibitions to liberate the essential self, while simultaneously giving training in yoga, concentration, and self-analysis. The Abbey and its residents prospered, but when an Oxford undergraduate died at the Abbey (from drinking local water against Crowley’s advice), the British press attacked Crowley relentlessly. As was later done with D.H. Lawrence, the Home Secretary Joynston Hicks and his press mouthpiece, James Douglas of the Sunday Express, demonized Crowley. The press depicted him as “The Wickedest Man in the World” and “A Man We’d Like to Hang.” Ironically, this campaign ensured Crowley’s enduring fame, as well as an enduring misunderstanding of Crowley’s life and work. He died in Hastings, England in 1947. 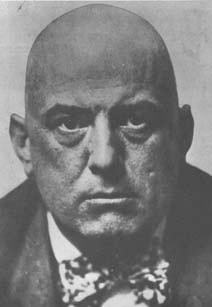 ​He has now been rediscovered and reinterpreted so often—by Beats, hippies, punks and the “industrial culture”—that he has become a perennial icon of counter-cultural rebellion. The London Sunday Times named him one of their 1000 makers of the Twentieth Century. The Beatles included him on the “people we like” cover of Sergeant Pepper’s not once but twice—the second photo was reportedly dropped as Crowley too closely resembled Paul McCartney.​ 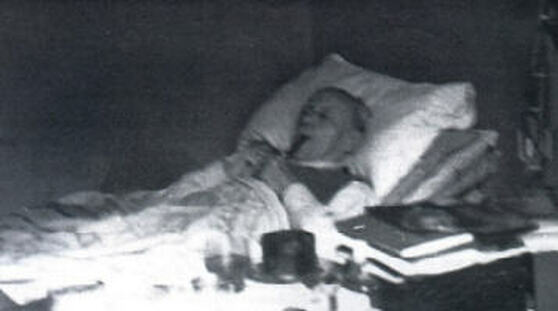 The final photo of the Prophet of Thelema