​Following is an excerpt from the book Magick Without Tears by Aleister Crowley.

Do what thou wilt shall be the whole of the Law. 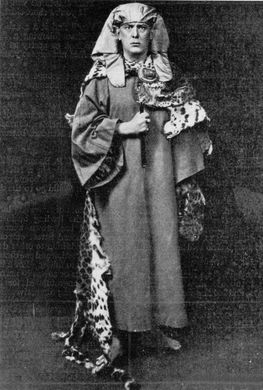 Sir Aleister Crowley
What is Magick? Why should anyone study and practice it? Very natural; the obvious preliminary questions of any subject soever. We must certainly get all this crystal clear; fear not that I shall fail to set forth the whole business as concisely as possible yet as fully, as cogently yet as lucidly, as may prove within my power to do.

At least I need not waste any time on telling you what Magick is not; or to go into the story of how the word came to be misapplied to conjuring tricks, and to sham miracles such as are to this day foisted by charlatan swindlers, either within or without the Roman Communion, upon a gaping crew of pious imbeciles.
​
First let me go all Euclidean, and rub your nose in the Definition, Postulate and Theorems given in my comprehensive (but, alas! too advanced and too technical) Treatise on the subject [Liber ABA: Book Four, Parts 1-4]. Here we are!

I. DEFINITION:
MAGICK is the Science and Art of causing Change to occur in conformity with Will.*
(Illustration: It is my Will to inform the World of certain facts within my knowledge. I therefore take “magical weapons,” pen, ink, and paper; I write “incantations”—these sentences—in the “magical language” i.e. that which is understood by people I wish to instruct. I call forth “spirits” such as printers, publishers, booksellers, and so forth, and constrain them to convey my message to those people. The composition and distribution is thus an act of MAGICK by which I cause Changes to take place in conformity with my Will.)
II. POSTULATE:
ANY required Change may be effected by application of the proper kind and degree of Force in the proper manner through the proper medium to the proper object.
(Illustration: I wish to prepare an ounce of Chloride of Gold. I must take the right kind of acid, nitro-hydrochloric and no other, in sufficient quantity and of adequate strength, and place it, in a vessel which will not break, leak or corrode, in such a manner as will not produce undesirable results, with the necessary quantity of Gold, and so forth. Every Change has its own conditions.
In the present state of our knowledge and power some changes are not possible in practice; we cannot cause eclipses, for instance, or transform lead into tin, or create men from mushrooms. But it is theoretically possible to cause in any object any change of which that object is capable by nature; and the conditions are covered by the above postulate.) 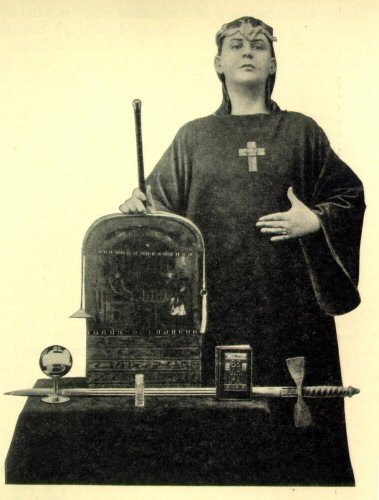 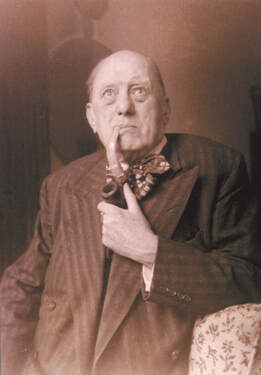 666
​* In one sense Magick may be said to be the name given to Science by the vulgar.
† By “intentional” I mean “willed.” But even unintentional acts so seeming are not truly so. Thus, breathing is an act of the Will-to-live.
‡ For instance, “irrational,” “unreal,” and “infinite” expressions.
§ i.e. except—possibly—in the case of logically absurd questions, such as the schoolmen discussed in connection with “God.”
** It is no objection that the hypocrite is himself part of Nature. He is an “endothermic” product, divided against himself, with a tendency to break up. He will see his own qualities everywhere, and thus obtain a radical misconception of phenomena. Most religions of the past have failed by expecting Nature to conform with their ideals of proper conduct.
†† Men of “criminal nature” are simply at issue with their true Wills. The murderer has the Will-to-live; and his will to murder is a false will at variance with his true Will, since he risks death at the hands of Society by obeying his criminal impulse.

That seems to me to cover the ground fairly well; at least, that is what I have to say when serious analysis is on the agenda.
But there is a restricted and conventional sense in which the word may be used without straying too far from the above philosophical position. One might say:--

“Magick is the study and use of those forms of energy which are (a) subtler than the ordinary physical-mechanical types, (b) accessible only to those who are (in one sense or another) 'Initiates'.” I fear that this may sound rather obscurum per obscurius; but this is one of these cases— we are likely to encounter many such in the course of our researches—in which we understand, quite well enough for all practical purposes, what we mean, but which elude us more and more successfully the more accurately we struggle to define their import.

We might fare even worse if we tried to clear things up by making lists of events in history, tradition, or experience and classifying this as being, and that as not being, true Magick. The borderland cases would confuse and mislead us.

But—since I have mentioned history—I think it might help, if I went straight on to the latter part of your question, and gave you a brief sketch of Magick past, present and future as it is seen from the inside.

What are the principles of the “Masters”? What are They trying to do? What have They done in the past? What means do They employ?

As it happens, I have by me a sketch written by M. Gerard Aumont of Tunis some twenty years ago, which covers this subject with reasonable adequacy.
​
I have been at the pains of translating it from his French, I hope not too much reminiscent of the old traduttore, traditore. I will revise it, divide it (like Gaul) into Three Parts and send it along.

Love is the law, love under will.​​